A Brief History of Storage Containers

People like stuff. Ever since the first human learned to transform raw materials into useful items, someone else has wanted that thing and been willing to either trade for or purchase that thing. As human culture spread across the globe, people’s desire for more stuff has required them to carry or transport those items to the far corners of the world. At first, that meant carrying the goods on each person. As the idea of trade grew, more things had to be transported. To properly transport such products, a storage container was needed. Thus came about the creation of the storage container.

Storage Containers are a Very New and Revolutionary Storage Method 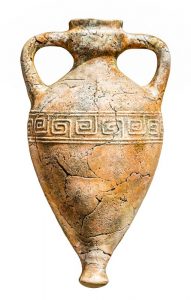 The first storage methods for transporting goods show up in ancient history. They were clay jars used by the civilizations of the time who first took to maritime commerce. Egyptians transported beer, Greeks sold olive oil, and Romans sold wine. They sold other items, of course, but goods that didn’t fit in a jar were either tied down or left unprotected. The next breakthrough in storage transport was the wooden chest.

Chests were less than ideal for mass transport considering their bulk and craftsmanship. They were eventually replaced by a more straightforward container, the wooden crate. Unfortunately, wooden crates were not much of an improvement since they are still made with wood. Crates were also nailed shut, so opening and closing them again could be a tricky and time-consuming prospect.

Modern storage containers entered the scene in the early twentieth century. In 1937, trucker Malcolm McLean observed the inefficiency of loading and unloading ships and the time it took to transfer the products to trucks. Irregular storage containers limited the type and amount of goods that could be transported. He wanted to improve the system and reduce costs. His focus turned to transoceanic shipping, so he obtained a loan, purchased an oil tanker, and designed the modern storage container. His idea of stackable, easy to load, containers is now a mainstay of shipping across the planet. After World War II, in support of the post-war boom in international trade, the containers were further developed to be a standard size and design, making them even more efficient and significantly reduced the cost of international shipping.

The containers are not only efficient in terms of space, but also the fact that they can be loaded onto trucks and trains as well make them excellent for commerce. In many ways, the ease of global business was made possible by storage containers.

Shipping Containers are the Most Efficient, Safe, and Comprehensive Storage & Transport Medium

Shipping containers are made from Cor-Ten steel and can last under heavy use for about a decade. They can also be easily recycled or reused and are incredibly durable and resistant to the elements. In short, they are perfect for their job. The storage containers are a marvel of modern commerce and transportation. Thanks to one man’s vision, transportation of goods across the planet was forever changed for the better and more efficient.

Need to ship some product? Check out the efficiency and low cost of using a storage container that can also be shipped. Contact Allstate Container for a quote. Call 704-802-7700.